Paris is rich with cultural and historical heritage. People travel from around the world to explore its museums, galleries and monuments. The Louvre, D’Orsay, Pompidou, the Arc de Triomphe and Versailles are classics. But the truth is, the classic tourist attractions in Paris only scratch the surface.

Behind sober stone facades, closed coach doors and the walls of officialdom, the real depth of Paris’ heritage remains hidden to pubic view.

That’s true for you as it is for me, a local Parisian …

… at least most of the year!

You see, there is one special occasion when the doors of “hidden Paris” are opened to the world. 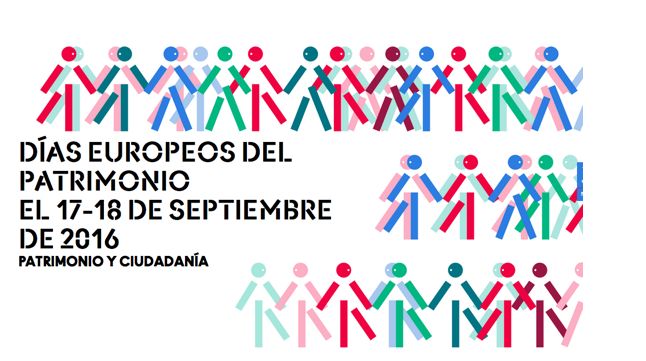 Take advantage of hundreds of free events and special entries to some of the city’s best museums, galleries, monuments, public buildings and cultural landmarks.

You’ll be treated to special “behind-the-scenes” and “beyond closed doors” visits with most entries. Get access to spaces that are hidden from public view any other time in the year.

Plus, entry to most venues is free of charge. Many will also be offering special events and free guided tours.

Not in Paris but elsewhere in France?

Perfect, because the celebrations are not limited to the capital. There will be plenty of opportunity to revel in France’s hidden heritage across the nation.

This year, under the banner of “Heritage and Citizenship”, more than 17,000 monuments will open their doors to the general public across France. More than 26,000 special events will also be held.

That’s a lot of “secrets” to unravel …

So to help you decide what to do with your time, here’s a quick summary of 7 of our favorite picks for European Heritage Days.

Discover the beauty of hidden Paris, starting with this …

Perhaps you’ve had the chance to visit the White House in Washington, USA, where the President of the United States resides and leads the American nation.

Well, why not also visit the Élysée Palace, official residence of the French President. 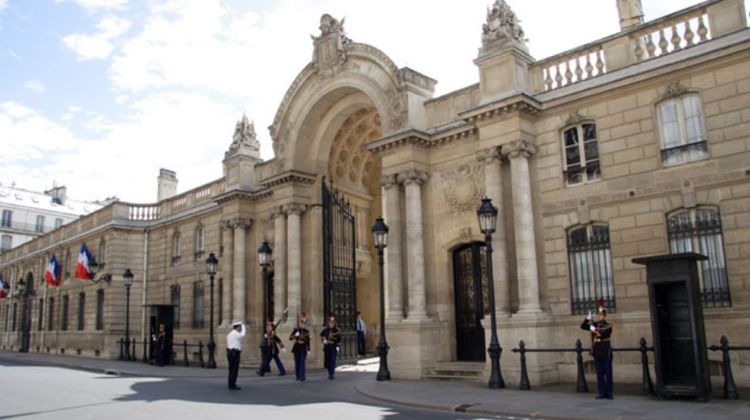 As to be expected, the Élysée Palace is quite the sumptuous affair of architecture, design and art. Its reception rooms, library, dining room and garden are architectural masterpieces.

Discover its regal history, including the transformation into the Presidential Palace.

Explore some of the most impressive rooms where major political and economic decisions are made impacting French, European and world affairs.

Access Times: From 8am to 6pm (expect long lines to develop, so best visited early)

See the Élysée Palace on the map:

Visit the new musical heart of Paris at the Philharmonie de Paris and, next door, the Cité de la Musique. 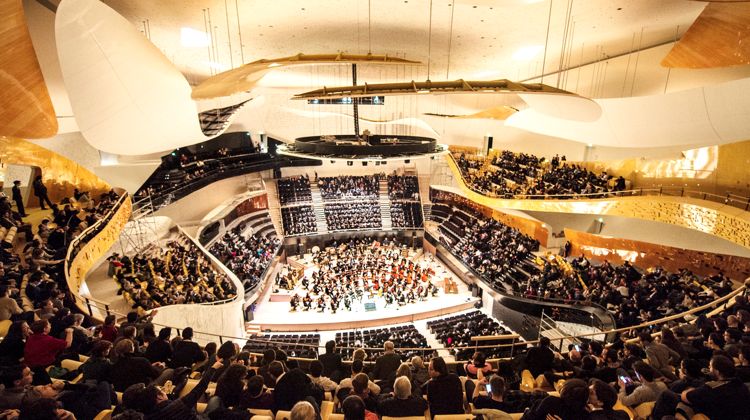 During the day, enjoy a range of free musical events, workshops, family oriented activities and themed exhibitions. In the evening, treat yourself to a concert in one of the three concent halls.

We suggest you try to attend a performance at the Grande Salle. It’s spectacular, seating up to 2400 people and, features exceptional accoustics.

See the Philharmonie de Paris on the map:

As you approach, there’ll be no missing it. It’s immediately recognizable by the ultra-contemporary, bright green structure of its exterior. It looks like some sort of futuristic cruise ship. But it’s not. It’s the City of Fashion and Design. 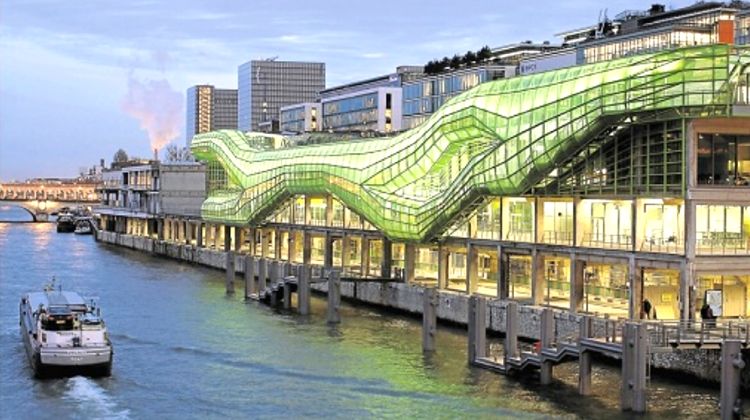 Not only is it a fabulous place to enjoy Parisian nightlife on the waterfront, the City of Fashion is also renowned as the center of fashion and design in Paris.

Visit during the European Heritage Days and explore the spaces dedicated to cutting-edge fashion and design.

Don’t miss the fabulous rooftop, some 600 square meters, for drinks and a stunning view across Paris.

See the Cité de la Mode on the map:

For Art and Literature Lovers, the Hotel de Lauzun

This is a 17th-century mansion on the Île-St-Louis built by the French architect, Louis le Vau. 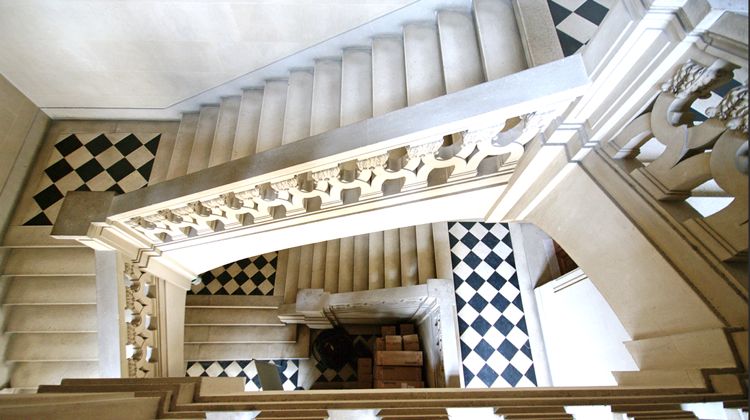 In the 1840s, the poet Baudelaire and the painter and writer Théophile Gautier were residents.

See the Hotel de Lauzun on the map:

For The Anthropologist In Us All, the Musée de l’Homme

This is one of the world’s finest anthropology museums. It is where Picasso, among other fine artists, was inspired by “primitive” art. 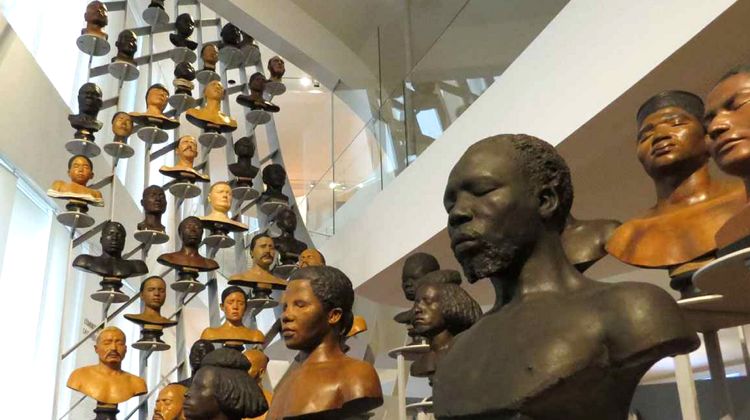 Now fully renovated, the Musée de l’Homme is a state-of-the-art museum with modern displays looking at the evolution of humanity. The fabulous collections present one of the richest “biographies” of the human species.

Feast on a magnificent display of carved masks and other artefacts. You’ll see the resemblances of form in the works of the great artists of the 20th-century, from Picasso’s sculptures to Derain’s Dance and Brancusi’s totemic columns.

The whole museum is a window into the richness of human culture, much of that now fast vanishing.

See the Musée de l’Homme on the map:

This is a private museum, housing one of the largest collections of entertainment and fairground arts objects in the world. 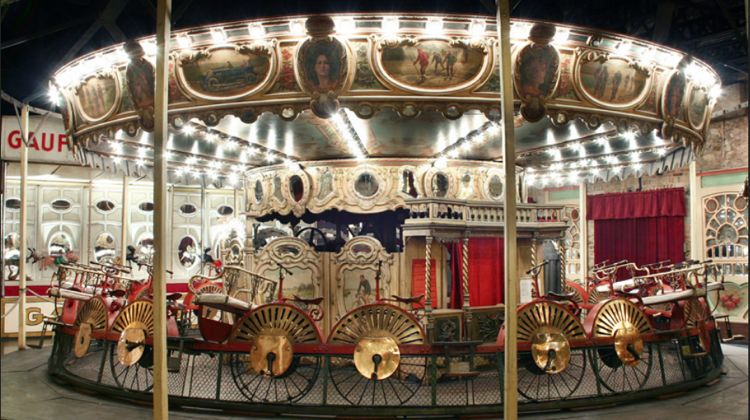 Among the attractions, see:

Plus many thousands of other objects, including fairground artefacts, theatre and music-hall objects and other curiosities.

At the Musée des Arts Forains exhibits are not cast behind display cases. They’re brought back to life. Visitors can interact with them and, in some case, even ride them.

For European Heritage Days celebrations, performances will take place throughout the day. There’ll be musicians, acrobats, projection shows and more to enjoy.

See the Musée des Arts Forains on the map:

Radio France is the French public service radio broadcaster. Its headquarters is at the Maison de la Radio, an enormous, horseshoe-shaped building in the city’s 16th arrondissement on the River Seine. 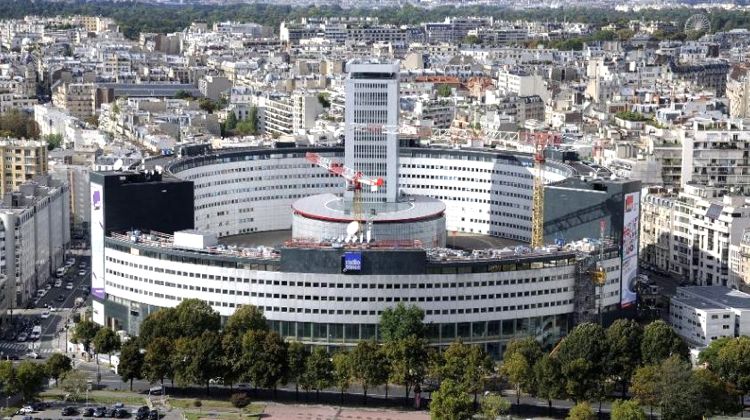 The building was designed by the architect Henri Bernard and inaugurated in December 1963 by President Charles de Gaulle. It houses Radio France’s central services and the studios of several of its channels. There’s also a fabulous museum of radio and television broadcasting and recording techniques.

From 9:30am, explore all of this. Walk the passageways and discover the exhibition rooms of this stunning complex. Enjoy a rich program of concerts, guided tours, cinema and more.

Special events during the European Heritage Days include:

For more information and all your reservations, visit maisondelaradio.fr

See Radio France on the map:

So, there you have it. A very quick summary of just 7 addresses to visit during European Heritage Days 2016.

Take your pick from this list of hidden Paris gems to discover.

Enjoy discovering the hidden heritage of Paris and France …

And when you’ve finished, round off your day in style, comfort and culinary perfection at L’Arôme.