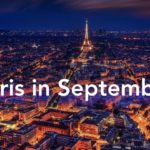 Paris in September is perfect for the "non-touristy" traveler. There are so many things to do off the tourist "beaten-path". September in Paris vibrates with events and festivals Parisians themselves love. And you can experience them too, with the locals. The tourist masses of high-summer subside in Paris during September. It's "la rentrée" (the return), when Parisians … END_OF_DOCUMENT_TOKEN_TO_BE_REPLACED 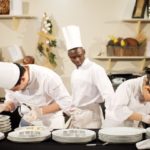 Are you a foodie planning a trip to Paris in September? If so, perfect! Just make sure you're there for the 22nd through 24th to coincide with the Fête de la gastonomie (Gastronomy Festival). In fact, you don't have to specifically be in Paris (or on those specific dates) to take advantage of the special culinary delights of France this month of September. Read … END_OF_DOCUMENT_TOKEN_TO_BE_REPLACED 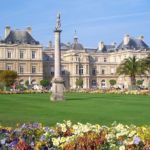 Paris is a city of beautiful parks and gardens. Most of the year they're open to the public during restricted periods. But this summer in Paris, the municipal government has decided to keep some of the best "green" addresses in the city open . And that's a wonderful opportunity to extend your Paris walks into the night and early hours ... Plus meet the locals in the … END_OF_DOCUMENT_TOKEN_TO_BE_REPLACED

Paris craft beer bars were rare a decade ago. Today, the city is experiencing something of a craft beer bar boom. In fact, it's a great time to be in Paris if you’re a craft beer fan. There are now more than 15 craft beer bars in Paris. Best of all, they're serving local brews from 18 independent breweries in Paris. The Paris Craft Beer Scene Center Stage If you're in … END_OF_DOCUMENT_TOKEN_TO_BE_REPLACED 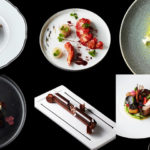 Just how good does the French haute cuisine scene get? Well, one way to find out is to take a good look at the dinner of the year in Paris. On 10 April, 2017, the 4th edition of Les Lebey de la gastronomie will be celebrated in Paris. Let us know if you'd like to go The French Cuisine "Oscars" Considered the “Oscars” for culinary excellence in France, Les Lebey de … END_OF_DOCUMENT_TOKEN_TO_BE_REPLACED