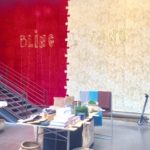 One week to go before Christmas and time is accelerating... To help you in your quest for the best gift, always a little jostled, here is our selection of best addresses in the "MARAIS" district.   To start with, the well-known concept store in Haut Marais: "Merci". New and trendy: this year  at "Merci" we prepare Christmas with, I quote: "Christmas Bling & … END_OF_DOCUMENT_TOKEN_TO_BE_REPLACED

If you’re going to be in Paris later this month and haven’t heard of the Journées du Patrimoine, or European Heritage Days, as it’s called in English, then let us bring it to your attention and give you a few ideas. A “two days free” cultural event in Paris This is the 31st year of the European Heritage Days, which began in France in 1984 as La Journée Portes Ouvertes, or … END_OF_DOCUMENT_TOKEN_TO_BE_REPLACED